One of the biggest financial shifts in recent decades has been the surge of economic power and influence women have grown to enjoy – in other words, the female economy. Today, women are generating more wealth than ever before.

Women hold great power in driving consumer purchases too – 86% say they’ve made at least one major purchase in the last 3-6 months.

But in the current climate, how are women changing their spending habits? What can the fintech industry do for financial inclusivity? And how can we reach a more level playing field when it comes to financial empowerment?

We’ve dug into our data to understand the needs of female consumers right now, amid the world’s economic uncertainty.

Contents hide
Tough times call for a tighter budget
What purchases are driving the female economy?
Fintech: inclusive for women?
The glass ceiling hasn’t shattered yet
Empowering women through financial education
How finance companies can reach women
Next steps

Over the last year, confidence in the economy has continued to weaken. Moments after the world stumbled out of the pandemic, consumers are up against a cost of living crisis as a global recession looms overhead.

We’ve seen gloomy outlooks overshadow the vibe of both personal finance and the overall economy. And as this pessimism continues to creep in, it’s almost reached the same level as the start of Covid-19. Negative sentiments are especially prevalent in Europe, where nominal incomes haven’t kept up with rising prices.

In fact, Bloomberg found more than a third of European consumers have already started dipping into their savings and taking out loans to weather this cost of living crisis.

In October, we asked women in the US, UK, Australia, and Singapore to describe how they feel about their current financial situation.

Women in the UK told us they’re overwhelmingly worried about the rising cost of living. Emotional levels are running high, with many feeling scared and anxious for their future.

By comparison, women in the US, Australia, and Singapore are generally comfortable with their financial situation, though a smaller number are already feeling the heat – concerned about inflation and rising living costs.

What purchases are driving the female economy?

With women around the globe tightening their belts, what will they scratch off their shopping lists?

Women are cutting back on purchases they made during lockdowns and restrictions.

Home exercise equipment, household furniture, computers, and their peripheral products have all seen the biggest drop in purchases since Q3 2021. Meanwhile, some of the biggest uplifts we’ve seen since last year revolve around experiences people missed out on during the pandemic, such as traveling and going to gigs.

Year-on-year (YoY), the number of women who say they’ve bought a concert ticket or an overseas vacation in the last 3-6 months grew by 29% and 18% respectively.

Alcoholic mixed drinks are also landing in women’s shopping carts more often. Purchases of spirits have jumped 38% YoY, as have pre-mixed cocktails, with a 35% increase.

Fintech is hailed by many as a step towards financial inclusion for women by breaking down traditional barriers and making banking more accessible. And in fact, 89% of women say they’ve used at least one online payment service in the past month.

And while finance is often viewed as a world designed by men, for men, women make up over 40% of those working in the sector.

But the most prominent difference between these genders lies in the seniority of positions held. A higher proportion of women hold entry or mid-level positions, while fewer females have advanced up the corporate ladder than their male colleagues.

Research by the Technical University of Munich and Copenhagen Business School has shown female consumers have a significantly stronger preference for goods produced by women. Conversely, men don’t show much bias either way.

As Suneera Madhani, CEO and co-founder of payments platform unicorn Stax, says:, “Women and diverse CEOs end up having more diverse companies and that is a huge reason they’re more successful. They will foster higher collaborative environments, creating a more inclusive workplace culture that generates a higher ROI than male-led companies.”

The glass ceiling hasn’t shattered yet

Despite having similar levels of education, women aren’t comparably represented in senior positions in the workplace across industries, and the gap widens with the seniority of the role. It’s a real eye-opener.

Women are 26% less likely to be in senior management positions than men.

While we can’t discount other factors (like fewer women in the workforce and disproportionate parenting responsibilities), it seems the key issue is the glass ceiling women face in the workplace.

To quote Caroline Criado Pérez in her book Invisible Women: “The result of this deeply male-dominated culture is that the male experience, the male perspective, has come to be seen as universal, while the female experience – that of half the global population, after all – is seen as, well, niche.”

Similarly, women are often an afterthought for financial products and services and don’t receive the same level of attention and focus as men. In a study by BNY Mellon, 73% of asset managers admit their organization’s investment products are primarily geared toward men.

This may explain why women are 24% more likely than men to not have any type of savings or investment. 59% of working women also say they don’t have a retirement plan. In this day and age, that’s a surprisingly high stat.

But that doesn’t mean women aren’t interested in financial management. Quite the opposite, actually:

It’s the lack of knowledge and confidence that deters women from finance.

Women are 82% more likely than men to say they aren’t confident in making investment decisions. And only 39% of women say they’re confident using new technology, which may be a barrier to fintech adoption.

To help women gain financial confidence, you have to know how to reach them.

How finance companies can reach women

Women take a more traditional approach to taking financial advice. They tend to trust word-of-mouth advice from family, friends, or peers, and reputable sources such as financial institutions and certified advisors.

Wondering who’s most eager to learn? Well, less than 5% of Gen Zs and millennials said they have no interest in learning financial management compared to 17% of baby boomers,revealing a huge opportunity to educate younger generations.

We’ve previously discussed how the pandemic took a greater mental toll on women. And now, they’re up against the rising cost of living.

But don’t forget – women are key drivers of the consumer economy.

To reach female consumers, women need to be more than just a target persona in your marketing campaign. They should be involved in the decision making processes and be part of your product development.

The financial industry also needs to engage and educate women with transparency, empowering them to build their confidence in a safe and comfortable environment. Knowing the uncertainties that lie ahead, that’s critical to winning their trust and inspiring their financial futures. 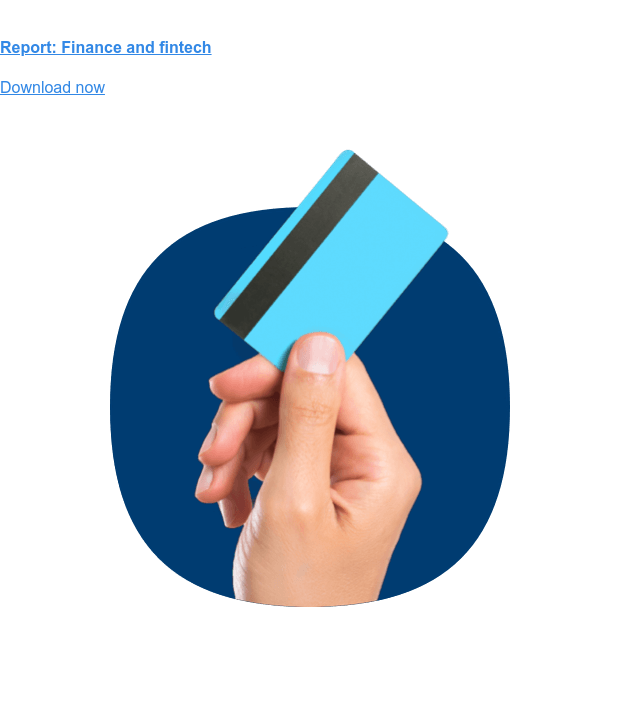